How to trace MAC address

Traceroute is a tool for measuring the route path and transit times of packets across an Internet Protocol (IP) network.

In a Data Center, it is often required to find a host and the layer2 path. To do it, Cisco has implemented a good tool: traceroute mac. 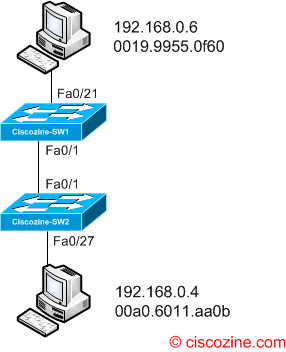 Below the MAC address table and the ARP table of the Ciscozine-SW1 switch:

You have two options to find the path between two hosts:

… and to have more detail about the trace use the ‘detail’ option:

Below the video with the example: